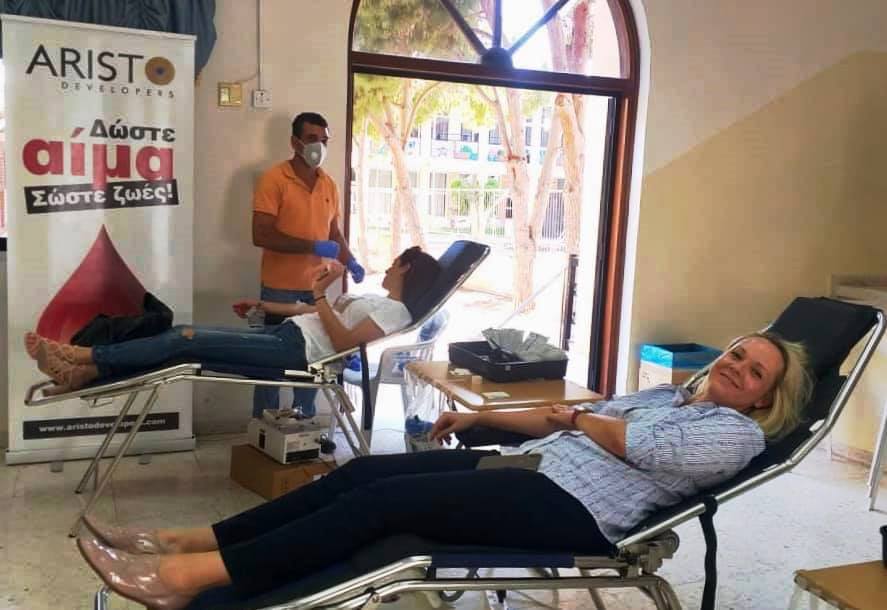 Completion of 24 years of voluntary blood donation by Aristo Developers

With the completion of 24 years of voluntary blood donation by Aristo Developers staff and partners, the Group further cements its social responsibility drive.

The highly successful, annual voluntary blood donation by the employees and associates of the Company held in July was dedicated to the memory of their dear colleagues, Anna Aristodemou, Keti Dolianitis, Anna Bata and Akis Iacovou, whose lives ended prematurely.

The attendance by Aristo Developers staff and associates, with the addition of new blood donors, contributed successfully to the Blood Bank of the General Hospital of Paphos, thereby providing relief for many fellow citizens.

Theodoros Aristodemou, Chairman and CEO of Aristo Developers, thanked all those making a valuable contribution to the blood donation initiative as well as those who contributed to the organisation and success of this annual volunteer event and practical expression of solidarity.

Aristodemou emphasised corporate social responsibility of the Company and especially noted that the long-term successful progress of a business should not be limited merely to the economic viability and development, but equally embrace the benefits of the community and its prosperity.

PREV
VIEW ALL
NEXT